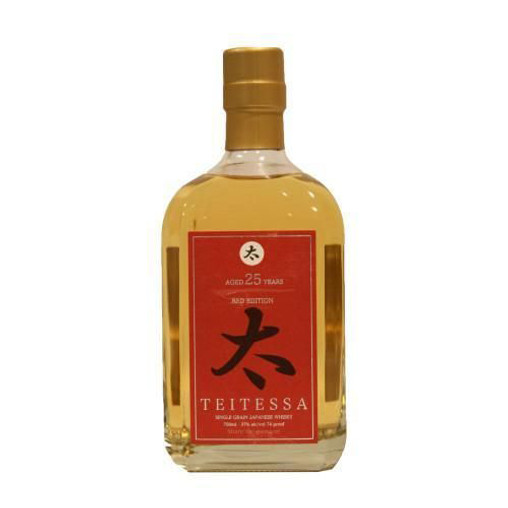 Mount Fuji is an icon of Japanese culture around the world. The majestic, snow-capped stratovolcano sits bout sixty mile east of Tokyo. But much closer in the southern foothills is the town of Fuji where the melted glacial waters from Mount Fuji spring out from the rocks. It is in this perfect place that Fuji Takasago and his brewmaster Noto Toji decided to build the Miyazaki Saki and Shochu facility in 1831. They have grown slowly and honorably in the same location for nearly two hundred years, expanding into a range of quality Spirits.

Teitessa 25 Year Old Grain Japanese Whisky is the second youngest Spirit in the Teitessa lineup right now — and that’s saying something. All three Spirits start with the same single grain foundation as all three of their signature drams. Due to the distillery’s nearly two-hundred year history crafting Saki and Shochu, the single grain is the highest grade given to rice. The Spirit was then aged in American white oak for 25 years.
Tasting Notes:
Mellow and gentle, the whisky opens with floral, caramel, and fruity aromas. It's velvety-smooth with melon, toasted oak, apple, oak, and sherry notes on the palate, culminating in a refreshingly bright and fruity finish.